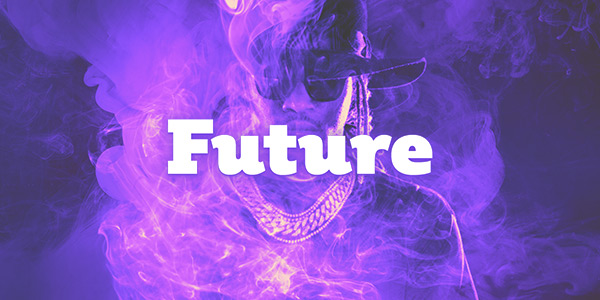 In case you didn’t already know, the rap artist known as Future has come to the forefront of the hip-hop industry bringing with him a new flavor that has taken the industry by storm! After slowly working himself to the top (releasing an assortment of mixtapes) he is now one of the most sought after rappers in the game and it doesn’t look like he’ll be going anywhere soon.

It wasn’t until the 2012 release of his album “Pluto” that Future propelled himself into the hip-hop major leagues. Future has been quite the busy man releasing four mixtapes in the last year including the highly successful collaboration with Drake, What Time to Be Alive. He has also worked with the likes of Kanye West, Rihanna, Drake, and Diplo.

According to Ticket Liquidator, Future is the best-selling hip-hop artist in 2016. On the heels of his new studio album EVOL, released on Feb. 6, Future will be hitting up cities across North America. You can catch Future on the road for The Purple Reign Tour beginning Feb. 17 in Madison, WI at the Orpheum Theater. To get you ready, here’s some interesting fun facts you might have not known about the Haitian American rapper: