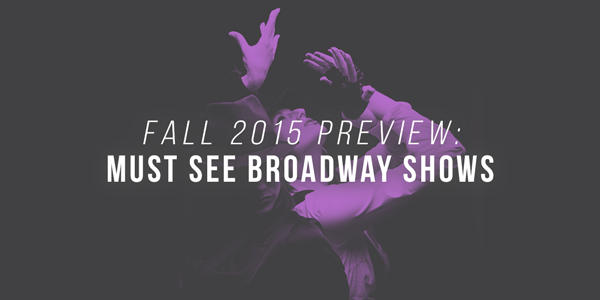 This fall, Oscar Award winner Al Pacino will make his return to Broadway in David Mamet’s China Doll. Directed by Tony Award winner Pam Mackinnon, the play tells the tale of a retiring wealthy businessman, his beautiful fiance and an airplane. The story picks up with Pacino’s character leaving the office after his final day of work, but before exiting he gives his assistant some instructions and takes one last phone call. Fran Kranz who has acted in Broadway hits such as Death of a Salesman and Dollhouse, will star alongside Al Pacino, playing the assistant.

Pacino has a successful history with writer David Mamet. Most recently Al Pacino starred in Mamet’s 2012 Broadway hit, Glengarry Glen Ross and the HBO film, “Phil Specter.” Al Pacino is one of the biggest acts on Broadway this fall so don’t miss the show everyone is waiting to see! China Doll will be playing at the Gerald Schoenfeld Theater in New York City beginning October 21st. Tickets are available now!

The Book of Mormon

From the minds that brought you South Park, The Book of Mormon remains one of the hottest, must-see shows on Broadway! Since opening in 2011, the Broadway hit has done nothing but bring home critical acclaim and numerous awards including the Tony Award for Best Musical! Creators Matt Stone and Trey Parker make fun of everything and everyone. Jokes about sex, religion, and anything vulgar are all fair game. With spot on choreography and the magic touch of composer Robert Lopez, the musical is sure to suit all comers. The show brings in a packed house every night so you will want to get your tickets well in advance. The Book of Mormon will be playing in multiple cities across the United States this fall including New York, Tempe, Boston and Las Vegas. Check out The Book of Mormon schedule.

The new hip-hop musical hit Broadway by storm after a successful run of sold out shows at the Public Theater. The dazzling bio-musical has audiences flocking to Broadway in droves. The instant Broadway hit has received numerous awards and critical acclaim in only a short time on Broadway. It comes as no surprise Hamilton is the early front-runner for the 2016 Tony Awards Best Musical. Tony Award winner Lin-Manuel Miranda’s unique story covering one of America’s most famous and controversial founding fathers, Alexander Hamilton has NYC buzzing!

Miranda’s imagination and ability to incorporate a diverse cast with multiple genres of music has brought a new look to Broadway. You won’t want to miss the groundbreaking tale that is transcending the future of Broadway. Hamilton tickets are selling fast, so book now! Hamilton is currently playing at the Richard Rogers Theatre in New York City.

The annual musical features 140 performers combining singing, dancing, and humor all into one show! From Santa, to the dancing Rockettes, this musical has it all! The world class production provides audiences with precision choreography and an original score that is second to none. Follow Santa and the Rockettes as they take over New York City in this wonderful Christmas adventure. The Radio City Christmas Spectacular is only showing for a short time, don’t miss 2015’s famous holiday stage at Radio City Music Hall in New York City.