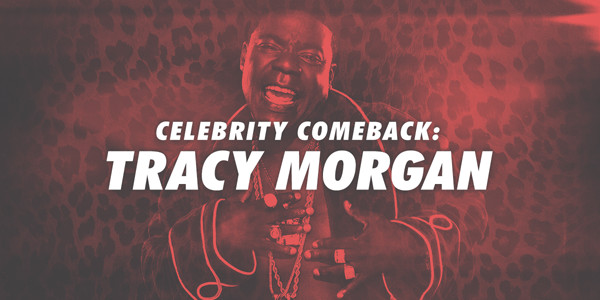 Tracy Morgan is back! The former 30 Rock star will hit the road for the first time since his tragic car accident.

On June 8, 2014 Tracy Morgan was returning home from a performance in Delaware when disaster hit. According to the police report, a tractor trailer struck the limo bus carrying Tracy. The multi-vehicle accident that left one dead, five others in critical condition and Tracy with a broken nose, femur, and several ribs. Initially, doctors weren’t sure if Tracy Morgan would ever walk again but after undergoing extensive surgery and rehabilitation, he would return to the limelight.

His first big appearance since the accident came during the 2015 Emmy Awards as a surprise presenter for Outstanding Drama Series and just last week, hosted Saturday Night Live. This was the first time Tracy performed on stage in over 16 months. Judging by his performance, the New York native is more than ready to make his return. The comedian seamlessly slipped back into character — proving he hasn’t lost his touch.

In light of Tracy Morgan’s return to the big stage, here’s a list of celebrity comebacks.