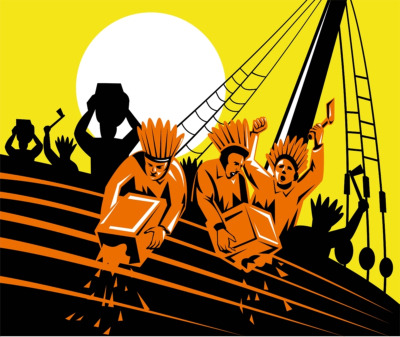 The dumping of tea into Boston Harbor set in place a chain of events that would alter the course of history on the planet.

It’s Independence Day, a day of celebrations, hot dogs and fireworks happening around the country. But as we celebrate the birth of this fine country, along with our freedoms, we should celebrate our history as well. You can’t know where you’re going if you don’t know where you’ve been – as they say. With that in mind we thought we would look back at some of the biggest moments in American History.

Here is our quick and dirty guide to US History, so you can get out there and impress everyone at the fireworks show..